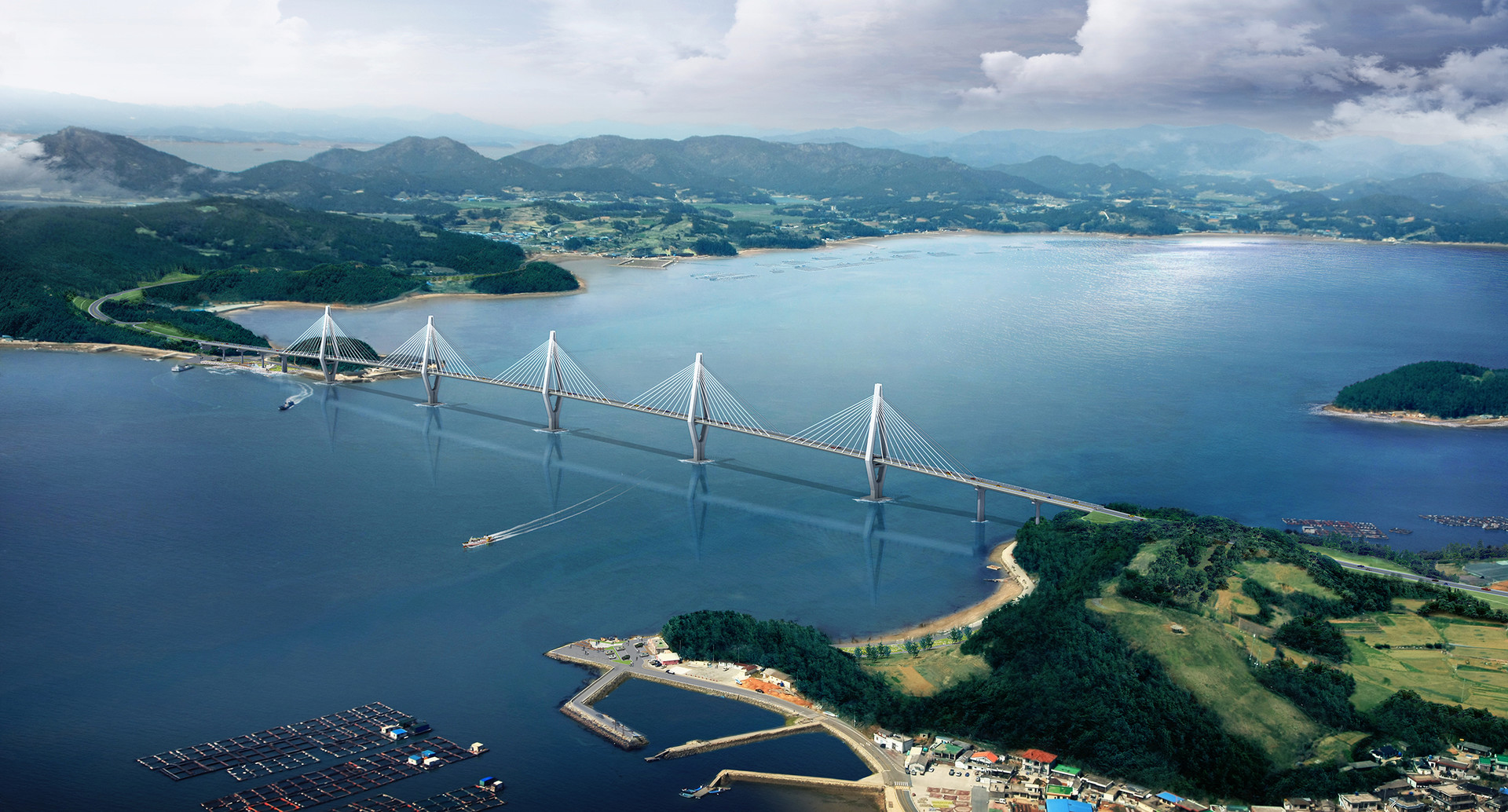 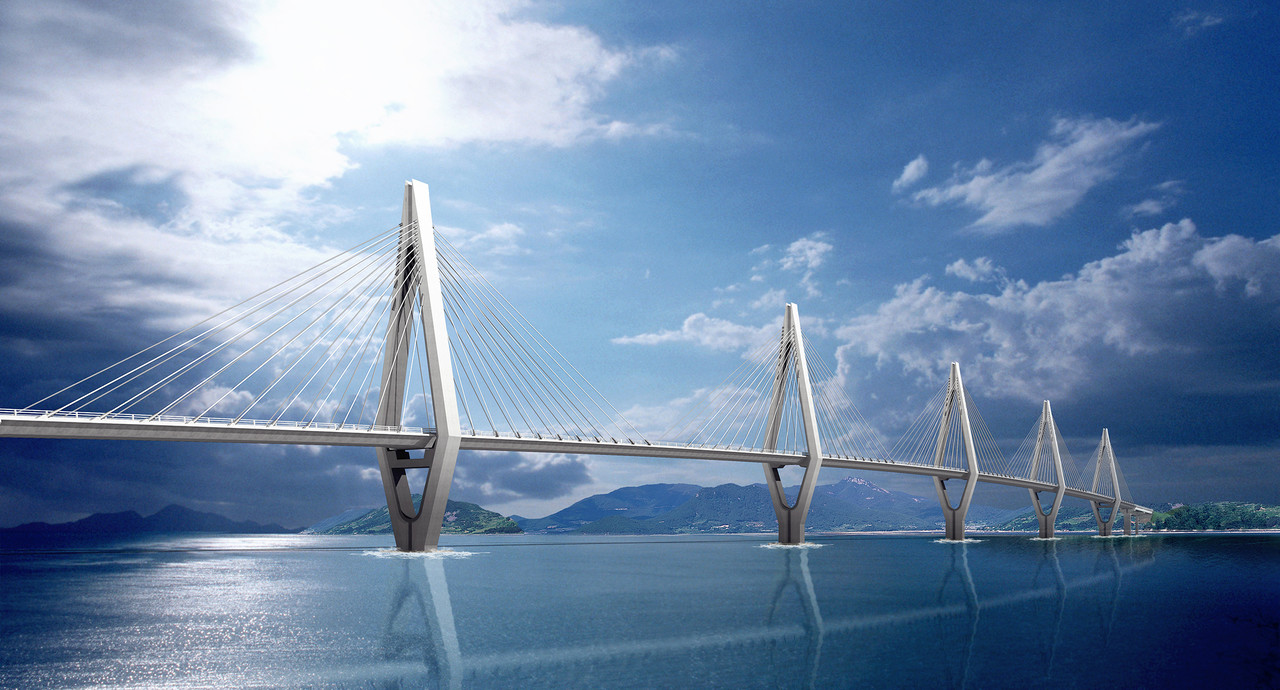 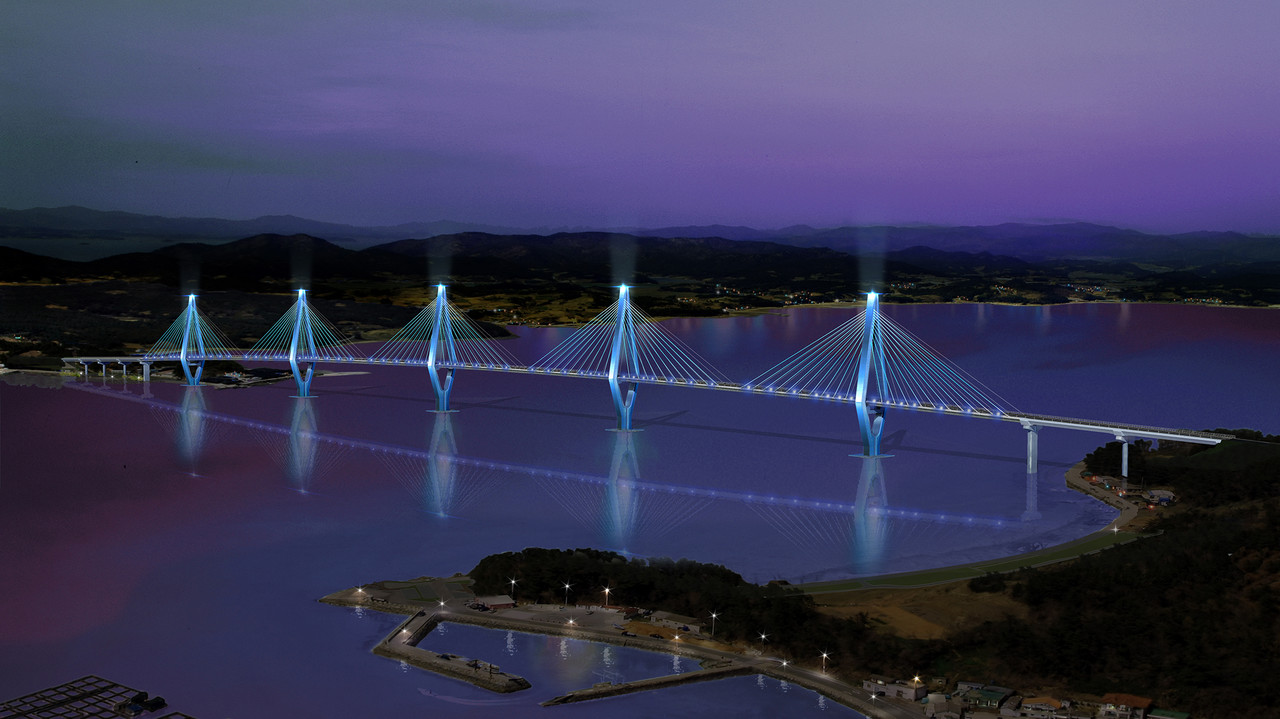 A five-post cable-stayed bridge embodying the symbolism of the integration of five regions centered on Cheonghaejin, the hometown of Jangbogo with a thousand-year history, and the spirit of Jangbogo stretching out into the five oceans.  It is planned as a new landmark in the region with the meaning of leading the maritime culture of the Southwest Sea in the 21st century and a new shape differentiated from the existing bridges in the Southwest Sea of Korea.